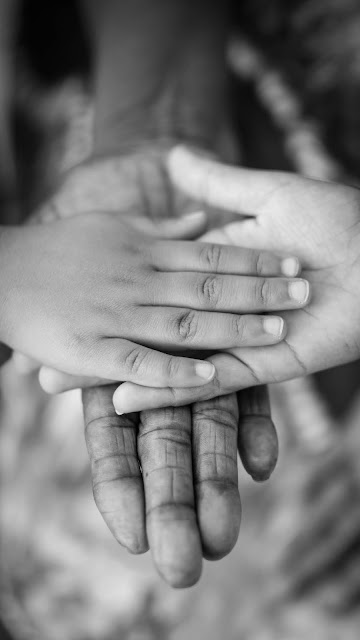 She was exuberant and Overwhelmed. The news of her son' s arrival has literally lifted her to a new dimension. She was waiting patiently for him for the past 1 year. She has purchased a shirt and trouser for him, even though she didn't know the new generation style. The happiness of a gift and the sorrow of a loss is equivalent. It may sound funny for many of us, but she went into depression for a table fan. Yes, she has purchased a table fan on her younger ages after so much planning and financial balancing. She was the happiest person on the earth once the table fan has occupied a space in her bedroom. But when her family was thrown out of that house for nonpayment of rent, the owner has kept it to compensate his rent. She was devastated and turned back 100 times to see that table fan while leaving the house. It was sitting in the same space as her bedroom, maybe expecting her. That day she understood the pain and agony of losing something special. But this incident has given her the strength to withstand all calamities in her life. The depression was needed. The table fan has taught her to fight the pain.

She loved her son and succored him with robustness. She was geared up for the festival and his sudden call informing his unavailability has triggered a gush of anger rather than depression. She yelled at him. She told him not to see her again. She threw the gift under the bed and went for her routine. He was furious and sad. The reaction of mom has created negative ripples in his brain. He always gave importance to mom and valued her struggle. She was a confidante to him and used to give pragmatic suggestions for problems. She stood with him through thick and thin. She was a keen listener of his misadventures. He decided not to discuss any personal matters with her and never to go home for any festival. They stopped their prates. Their souls and brain were filled with rage.

One month passed by. He got a break finally. He missed his house and place. She was going through her routine and chores. She ignored festivals. Her mind said, " Festivals are those which are celebrated by fools, who have ample time in their life".

She was overwhelmed with happiness to see his face as soon as she opened the door. She has decided not to give any space for him in her life. But his presence relaxed her overburdened mind. She hugged him and their anger and grudge spurted down in the form of tears. He detected a sense of peace as soon as his mother hugged him. He never discerned this equanimity and peace in any luxurious accommodation or wilderness of nature. He realized that he can be unfiltered in front of her. She realized that his absence will be disastrous for her. She has given the gift from under the bed to him and as usual, it was not at all as per his expectation. But he accepted it gleefully. That day they were again bonded by a love, which is unconditional and it brought peace to their disturbed minds.
His presence was her festival. Her presence was his existence. You can probably ignore the fact and move along searching for solace. But time is an imposing force which cant be played with. It will make you realize that all the ways to find happiness were fake. They are triggered by a series of short-lived material benefits.

But the irony is that he still misses the festival and she hurls the gifts under the bed in anger every time. Both of them celebrate whenever they meet. They exchange gifts, but definitely not as per their expectations😀!!!!

For all mothers for "being a woman"
LEEMON RAVI