Whether BJP elbowing India in to a Crony Capitalistic country projecting economic reforms?? 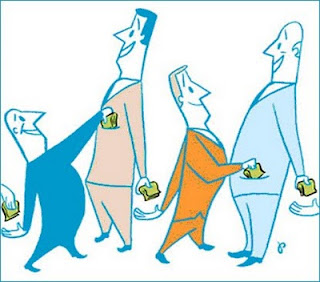 Economic reforms come from effective planning, Cash reserve corrections and  streamlining financial transactions by way of strict rules with long-term goals. Citizens of India always supported initiatives commenced to annihilate corruption and black money out of the system. The quintessence was the colossal crowd congregated across India supporting IAC ( India against Corruption ) in 2011, for a strong Jan lokpal. Anna Hazare and Arvind Kejriwal became house hold names. A new political party decimated all other Party giants and sworn in to power. Indians gave the same buttress to Narendra Modi for  de-monetization drive, hoping that  it will bring out black money and help people to prosper. I salute the people who stood in bank queues for hours with patience and said that "We support Modi to elicit black money". This shows the level of frustration of people thriving for proper economic stability and a day in their life, where a lazy administrator wont demand favors to execute a work. But all the political parties are pushing Indian economy to a *crony capitalism at an alarming rate. BJP went one step further to gain popularity by luring more people towards their ideologies projecting themselves us Crusaders of corruption and Guardians of Hindu religion. Congress was a disaster and BJP a Catastrophe. The audacity of these petty politicians to play with the emotions of people are surprising. None of these political parties can curb corruption because they are the concomitant of the same.
The biggest fallacy committed by the current dominion is dissolving the Planning Commission of India, quoting that it's a wreck. Its been replaced by NITI Ayog. NITI Ayog has not played any role in economic reformation from the date of starting, instead Government of India created so many initiatives in different names, which has forced the finance ministry to nitpick all these schemes with a nominal man power. There is no point in reinventing the wheel. Finance ministry and the administration are doing only micro management and political stalwarts smothering the affairs of NITI Ayog.
De-monetization has actually helped black money hoarders to absorb their assets in an effective way and bank managers became rich overnight. The move has destabilized the unorganized sector which accounts to 70% of the economy because of the limitations in withdrawal. The most funniest part about Unaccounted money related raids are that, neither these catches are not accounted anywhere nor any punishments to the culprits . The administrators are asking bribe in new currency instead of old one. The move hasn't evoked any fear in the minds of these corrupt administrators. Government is Testing Banned medicines and injecting useless religious thoughts on our people like third world countries. My mother has learned to use smart phone after 1 year of my relentless effort and now Government is talking about cashless economy digitally. Traditional ways of implementation is required along with sophistication. Time delay for a transition is  crucial for an economy and doing necessary arrangements before doing the same.
Government has done nothing but lip service only for the choking agricultural segment. There is no creative effort to bolster agricultural R & D towards eliminating pests and related crop yields. This gives an impression that Government wants to promote and instill Genetically Modified Food concept with the help of foreign agencies in the name of food crisis in the future. They haven't even bothered to classify agricultural terrains across the country. But strangely optic fibers are deployed across the length and width of the country with impeccable precision and heavy investment. Congress made the esplanade and BJP is walking on it. Crony capitalism and economical incompetence are directly proportional. An increased favoritism weakens the economy because of weak laws in financial segment.

Congress helped Vodafone to evade tax and now BJP set an example by helping Adani group to duck the fine imposed by National Green Tribunal  for nature destruction in the name of SEZ. Absence of a strong leader along with a bundle of corruption cases in various Indian courts weakened Congress. Small parties jump coalitions on regular intervals for their economic benefits. Communism is long dead and the so-called  'high command leaders' at helm has taken it to the grave. Our parliamentary sessions are truncated to mere comedy reality shows with zero productivity. The bills passed in the parliament are increasing the wealth of political parties. Crony capitalism is outweighing our economy in the absence of strict measures against corruption. These Crusaders of corruption have objected Jan Lokpal and RTI rules to check political party accounts. Selfies and photo ops replaced creative thoughts and healthy debates.

The biggest challenge for the present regime is the Budget 2017. We had a deficit budget last time, with so many schemes still lying untouched with all our Indian economic dreams floating in mid-air. Manufacturing industry hasn't picked up the pace and bank transactions became a joke because of De-monetization. The only positive for the Government is the tax collected out of fuel revenue from the people in an unjustifiable way. Congress regime removed the oil price regulatory committee. The current Government just sat on that, instead of overturning the same to pump in money for upcoming budget. Skilled labour encouragement is in papers only with a clueless handicraft ministry. Defaulters and NPA are adding the agony. If Government won't come with strict laws to curb favoritism, the black money cycle will continue irrespective of De-monetization. Banning currencies won't bring revenue but strict regulations do. Government has to seriously think about reinstating planning commission with eminent economists instead of politicians. All the Government schemes should reach people for an effective implementation. Whether Modi has the courage to walk the talk? He can be like Sachin Tendulkar of 1990 Indian Cricket team, who has won many matches single-handedly against all odds. Common man is hoping for equal treatment after all  hardships in their life ranging from family to professional life. Think about street Vendors standing in the rain to sell their produce for a living. I have seen police officials taking bribe of Rs.10  from a  child selling handkerchiefs in Bangalore. I can't forget the sadness of that kid's face losing his hard-earned money with a smile to that goons. Socialism can bring a smile to the face of that kid and Crores of Indians, Crony capitalism can't...
With Patriotism,
LEEMON RAVI
* Crony capitalism is a term describing an economy in which success in business depends on close relationships between business people and government officials. It may be exhibited by favoritism in the distribution of legal permits, government grants, special tax breaks, or other forms of state interventionism. 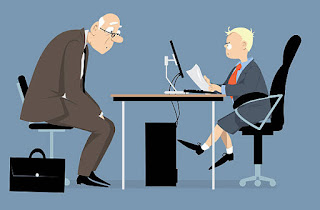 Interview- A short-duration exercise to find out the essence of a person to fit into a business requirement. But still a 50:50 success probability. I have discerned the growth and decline of multitudinous teams over a stretch of time. That day was also not distinct. The HR department arranged few final rounds on that day also. I saw an aged person in his fifties sitting on the sofa, wearing a blazer on a worn-out formal sark. The trousers were neatly pressed and the shoes were frayed but tidy. I saw countless candidates with disparate mindsets while waiting for the interview. Someone is pensive, while someone will show uneasiness because of the pressure out of the interviews. Impatient candidates check their watches frequently. But this person was sitting with serene peace and tranquility on his face. He was stock-still and his shank was unmoving. Body language plays a significant part in an interview. It manifests your state of mind. A confident person will always sit in an ankle lo