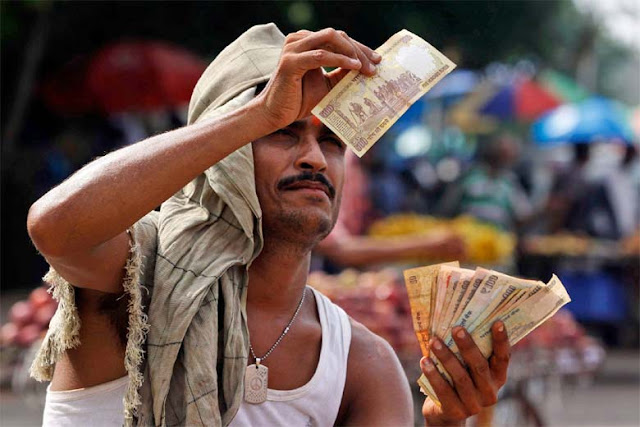 India is an emerging economy blessed with terrain, language, climatic and manpower diversities. But the immediate threats to be averted are the growing political scams and a derailed judicial execution structure. If we analyze the nomenclature of scams and caste based politics in India, it's so deep-rooted that the person commenting on the same being saturated from the mass and crucified for a life time. But this has to change for sure and some body has to start the crusade. Modern day India has already shown the sparks against scams through social media and channels. Many people say that nothing will change in India and better to go to a foreign country and settle. But people forget that our main strength is democracy itself and mountains can be moved with collective effort. The youth in India are rising and there is no comparison for our intellectual level, hardworking mentality and vision towards life. We have to start our fight in a constructive way before this political crooks take over the virtual space with their definite agendas.


India need creative protests to equipoise our economical and social life. Our diversity is our blessing and curse. We have zero self sustainable communities with a hopeless electoral process governed by brainless representatives. For example, Government is increasing fuel prices in an unprecedented fashion for reasons known to administrators only. The greatest protest will be a lock down destroying public properties and banners showing protest in social media. Why can't we face this in a creative way ?. Political parties use our youth as per their intentions.
If all of us decide not to use fuel for our personal purposes and start using only Government transport, the estimated loss for these blood sucking oil companies will be huge. If we continue this non corporation for 2-3 days, they have to cut the fuel prices for their existence. We can use the support of social media and other sources to make this happen. There will be a huge impact without vandalizing public property. The so-called old generation politics will end in coming years and youth will take over political spaces with in this span. But if we won't practice creative protests in upcoming years we will be replicas of our existing political agonies. Youth has to analyse an issue before Coming to a conclusion. Channels and social media can only be references, but not deciding factors. Decision should be made only on our analytical strengths. News channels have evolved as a place for propagating their agendas through analysis.  There were news of intolerance, Patriotism, caste based issues etc. But no body is getting steamed up about economic empowerment.
Kailash Satyarthi is the perfect example of creative protest irrespective of media or Government aid. No one comprehending myself was not knowing that, there is a person who is toiling for the rights of children from past 30 years and he has successfully rehabilitated a large count of Kids in a systematic way. Guess who heard this? The Nobel committee and the world!!! The person with less than 100 Twitter followers has touched lakhs of followers in a matter of time. He was doing a creative struggle to rehabilitate destitute children in his own ways without any succour.
I am doing an initiative called UTHHAN- Empowering artisans, which is the first initiative in India where profit from handicraft product sales goes directly to the deprived artisans without any middlemen ( Website - uthhan.gergstore.com). I have approached many Government bodies including Artisan Crafts board. I had even met an administrator, who had gone to Switzerland to understand the plight of ailing artisans!!!!  Countless artisan products are lying in Craft boards and they couldn't able to sell any artefacts for years. These are leeches eating tax payers money and We cant expect any aid from them. But if We can create a self sustainable community, this department will become useless and Government has to pass the benefits to artisans. My only Vision is to make the artisan community self sustainable. Jwala foundations, headed by Aswathi Jwala , whose sole aim is to eradicate the hunger of  drifters has dug deep by way of creative struggle and has gone viral in Social media. She has done something simple but created a deep rooting effect.
We are seeing a band of youths, who are handling the IAS portfolio across India has shown grit and courage at the time of adversities and never back down on their fight against corruption. So definitely the Youth of India are creating a mark in our economy. But the problems which we have to immediately address are the biases based on Caste, region and religion. We are still fighting by virtue of all type of ism like Communism, Fascism, Liberalism, Capitalism and all the other baggage created by Crooked political and religious cronies. I will just elaborate this with one example. There was a guy called Mr. Ashwin Mahesh who contested in Bangalore assembly elections, who was very educated with a proven professional track record. But people in Karnataka favoured Mr. Siddaramaiah and others because of  above mentioned views. Now the citizens are wailing because of corruption and inaction of this cabinet. Why are you not giving votes to an educated person? Why are you so much worried about your caste and religion?
Creating self sustainable communities are the need because of the diversities of our country. The country  upgrades automatically, if the society is self sustainable. Politicians has entered the social media space also and started corrupting the mind of youths. BJP, Congress, Communist or any other parties can't sort out our issues. We are the solution and only we can transform these people. Politicians never build a nation, but people moulded it. Our social media protests should convert to creative protests. Media is only propaganda master. India has already shown sparks of self sustainable communities in the form of good Samaritans going rural with their concepts.
Self sustainable societies will create fear in the mind of corrupt politicians. People staying in these type of societies wont be needing the support of Government bodies for their necessities. None of the politicians or parties will help to create a stabilised environment. They will always destabilise the system and people with issues of least significance. The danger of social media is that it is becoming a platform  for  political propaganda and because of its reach this can create havoc and confusion. Many incidents recently are the examples of creating riots in the most simplest way. If youth start using social media platforms for all corruption and injustice, it will send chill in the spines of administrative bodies. 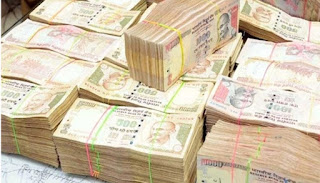 No politicians are honest and don't even think that they will do something without any personal agenda. They twisted democracy like an  inheritance for their personal goals, and definitely not for nation building. De-monetization has been the talk of the town. We have seen trolls supporting and objecting the policy. Our opinion should nt be based on reports and news in media or social networking platforms. A person who is a party worker is only a medium for expressing the views of his ideologies. We have to understand the effect of  De-monetization in our  life and react. The policy introduction is to bring black money out of the system. But it's not that easy with their own MPs sitting on a heap of corruption charges and brought definite inconvenience to average person because of its ill planning. But this can  bring equilibrium to our Gold Vs Cash reserve. Medias played their part upholding the views of ideologies they follow. But the contradictions to these crusades for corruption are
1) Why Politicians are not allowing Parties to come under RTI ambit?
2) Why CAG audits are not allowed for loss making Government institutions?
3) Why fuel prices are on a high?
4) Why Government is not introducing strict rules for tackling corruptions?
5) How to make corporate companies accountable for their dubious transactions?
I know that the answer for these questions will be like " We need time to implement the same". If you really want to tackle corruption and black money, these administrative and judicial corrections can be done in a short period. Moreover the current Government is sitting on a Super Majority. It's a complete waste of time to compare the earlier Government deeds, because people have elected the new Government expecting something different. Our main issue is not collecting the tax but spending the same for country. We have to control our representatives, but they are controlling us. Indian youth is capable of much more than this and in the upcoming years We will have to fight for our opinions, which are not biased with religion,region and ideologies. Try to upgrade/fulfil a community or need in a creative way and definitely not for selfies!!!!The changes will follow!!!
With Confidence,
LEEMON RAVI