Rebellion of a 'Park Bench" 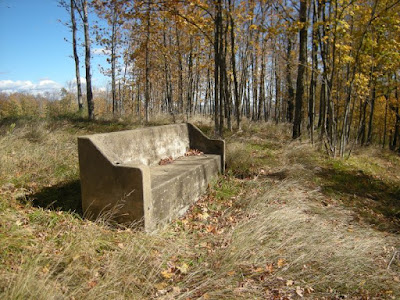 My creators were two legged, highly intelligent, but complicated species called human beings. I was born on a  hot day with so much water spilled over my body continuously for almost a week. The water was a relief to my body, which was scorching with high temperature. I was not able to move or speak but my listening skill was exceptional, which developed over a period of time. My legs were fixed on a green patch called 'PARK' with a lake in the vanguard. "How this lake can be peaceful irrespective of its size?" I was perplexed. But I have observed that the lake was loosing his charm with its size reduced to half  in some time, from the date of my birth. The chirping birds and the rain which used to come every year became a dream for me. I like to get soaked in rain rather than dust. I like to listen the music of birds, rather than the shrill sound of lifeless smoke emitting creatures called 'Auto mobiles'. But nothing has happened, apart from soaring temperature, which burned my body accelerating me to dotage.

I hearkened to numerous human conversations and activities. The incidents never enlightened, but confused me to a greater extent. A couple used to sit on me and conversed about some emotion called 'love' for a longer time. The boy used to come in a creature called 'bike', but he was very energetic. The girl came early, every evening before his arrival. I was very happy with these people seeing their love and passion towards each other. They were planning to do something called 'marriage', which is treated divine by the humans. Their little fights, romance and attachment towards each other was the highlights. But after a while, the girl used to come alone and it continued as a routine. There was no sign of the boy. Her eyes were wet and it overflowed to my body,  but lesser than the quantity of  rain water. The stomach of the girl was bigger in size leading to an asymmetrical body shape. She used to look at the empty space next to her and stroke the stomach. It continued for 3 months, but she never spoke. I never met her after that.  A year later the same boy came with a different girl and started speaking in the same way as earlier. They came every day morning with my confusion bulged out. "Whether the change in stomach changed the appearance of the girl?".  " Why the boy is coming with a different girl?" "What happened to the first girl?"  "How the boy can strike the same conversation with the new one also?" I wanted to question him, but in vein.

My body was tickled with the compassionate touch of  shrubs grown out of the weak spots in my legs. They swayed in the air gently, creating continuous vibrations in my body, like a baby playing in the lap of his mother. Birds used to discharge some white substance on my body, which has created scars all over the body. I loved kids and their activities. They played on me and their smile was the most beautiful thing I ever witnessed from the day of my existence.

Hey, I forgot to tell about my custodian. He guards the park and other benches including me. He was skinny, always in the effect of a liquid, called 'alcohol' packed in bewitching bottles. These bottles were always kept on me and the smell of that liquid was intolerable. But this person was very happy to guzzle this on a consistent basis. He drowsed on me with out any sense of the world and biting mosquitoes. I have suffered his stench and weight all through the night. 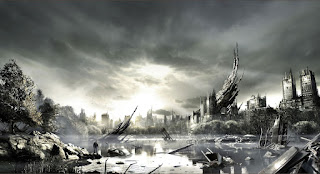 Meanwhile the lake and  greenery in front of me started transforming in to a piece of sand pile. This was mainly because of a group of people, who were digging out sand from the lake every night. The cold breeze from lake has changed in to hot wind, even in the night, piercing my body and destroyed the vegetation nearby. I haven't seen the chirping birds, apart from that black ugly birds called 'crows' with their reverberating sound. I waited impatiently for some one to cease the destruction of my friend. One day a gentleman wearing white colour dress arrived along with 10-12 human beings. His proposals and objectives for saving my friend were superlative. They camped in front of the lake and they displayed posters and banners equipped with an instrument called 'loudspeaker',  which allowed me to listen to his speech. I was very happy with the thought that this person was acting as per my thoughts. While he was delivering the speech, people used to discuss about the boon of the initiative sitting on me. One day a group of people in unique dress called 'police' came in an old auto mobile. They smacked these people with their cane, destroyed their camp and thrown their posters in the river. They took this good person in their auto mobile, which produced a shrill crow-like sound. I was  dejected. But the very next day, he came back and restarted his activities. But he disappeared after 4-5 days and a big auto mobile started depositing more soil on the body of  lake, who was drawing his last breath.

A very huge structure called 'Apartment' replaced the beautiful river after some time, with so many vehicles going inside the same on a daily basis. I was again confused with the following questions. "Where is that good person?" "What is this apartment doing on the body of lake?". The number of visitors in the park exponentially increased because of that monster apartment. My body was restless hosting the overflowing crowd .One day, I have seen that good person coming out of the apartment for my surprise. He was wearing the same dress, which he used to wear earlier, during his verbal jugglery. I used to see him on a daily basis going inside and coming outside the apartment in his car during morning and evening. My mind has gone to a fit of rage because, he is staying in the apartment which is on the body of the lake, which he was fighting for. "What the hell is this?"


An evening this person came to the park in the company of his kid. He sat on me along with his kid. He told the boy that there was a lake here and human beings have ruined the same. I fumed with anger. "How can this person be such a fabricator?". "Why he has not continued with his initiative?". "What happened to his ideas?". "Why he is staying in that apartment?". This time I wanted to question him at any cost. I tried moving my legs with all my might. I started shaking. The man and the kid jumped out of me and called my caretaker. He yelled at the watchman saying that "This cement bench is weak and its shaking", "why are you not asking your concerned to replace this idiotic bench?". "If any body get hurt, I will sue you". What mistake I have done? I wanted to question this fraudster and he is saying that I am weak. I am not weak, he is weak. He couldn't even stood by his words for reason best known to him. I should have questioned all those human beings, who confused me. This cogitation has pushed me to move my leg again. I lost my balance and fallen down. I was unconscious for a while. When I opened my eyes, the leaves of the plants were patting my back, as if they were acknowledging my effort. I was able to see the things on my back side for the first time, since I have fallen downwards facing the back now. The entire park was dilapidated with battered trees and dried out shrubs. I was distressed. Many of the Park benches were old and handicapped. They were looking at me sympathetically. I have been tagged fragile and lost my balance, as soon as I raised my voice. 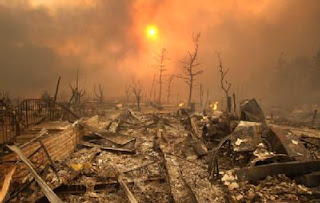 A dozen of human beings arrived after some time, with a hard tool called 'hammer' and started pounding my body. I was inflicted with highest degree of pain and my body started crumbling. They have broken my leg and each body part in to smaller pieces. Oh God!!! Darkness rushing to my eyes. My watchman was sitting on a separated body piece of mine and drinking 'alcohol' along with those guys. I can't see the kids and  lake again. How will I tell human beings about that boy who comes with different girls? How will I console that girl? How will I tell about that person who killed my friend for 'apartment' ? How will I ever see the smile of kids? I tried moving again. I can hear those human beings saying "This bench is weak, See this is still shaking. Somebody should have punctured their back sitting on this stinking bench". But I am happy, because I made an effort, but these people are inactive and waiting for their slow death. If I get a life line, I will ask questions again. The demolished pieces of  Park bench is dumped, back side of the apartment. The apartment stood tall with his head high and the park seems like a useless place in front of his might. The Park benches around us may not be weak, but trying to tell us something. But we don't have any evidence, So let's don't bother. After all its only a filthy stinking 'Park bench' supposed to be silent, lost his existence for speaking up. What was the need of a rebellion??? We are happy with what we have.

Mr. Leemon Ravi has started his career as a Quality engineer in Siemens after the successful completion of B.E - Mechanical (Gold Medalist) from LBS college of Engineering. He has worked with Ockwen Financial solutions as a Cadd engineer and ICICI bank as a financial officer for a considerable period of time. His association with HDFC bank as a Territory manager has helped him to excel his career as an entrepreneur. As one of the director in PEOPLE GROUP, he successfully associated with many housing projects in and around Bangalore.
With a vast experience of more than 17 years in financial, engineering and housing segments his vision is to revolutionize the GOLDEN ERA ROYAL GROUP(GERG) by infusing and nurturing young and creative minds backed by pioneers in the respective areas.
GOLDEN ERA ROYAL GROUP has started its operations at Bangalore on August 16th 2011 with its construction and development company called GOLDEN ERA PROPERTY PRIVATE LIMITED. Currently GERG is spread in Property development, software development, consumer durable, construction, entertainment, recruitment, Energy and financial wings.