Memories of a Money order 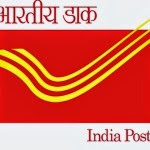 Indian financial segment is going through an array of paradigm shifts from the traditional procedures and nuances of wealth management and money transfer techniques. But there was a time when the people were totally dependent on money orders for sending and receiving of money to far away places, fulfilling the requirements of their dear ones. There were no quick money transfer methods available at that time with post offices in  rural areas flooded with people for initiating money transfers. Indian postal department has done a commendable job by serving the rural and urban crowd at relatively lesser cost with out much financial discrepancies but with minimum administration errors. These errors were very much acceptable, since the present  financial houses are  sitting on a heap of client agonies and scams. 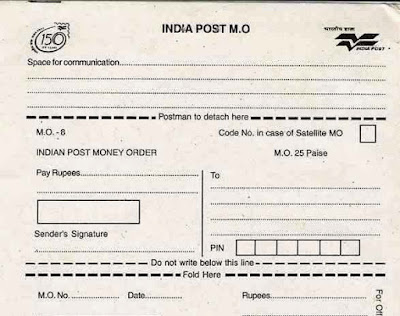 I am thankful to our Indian Postal service, especially the money order system because of its importance during my graduation days. I have studied Mechanical engineering in LBS COLLEGE OF ENGINEERING. My college  is on a hummock with a steep gradient, measuring a distance of 1-2 km, to reach the destination from bus stand. Even though the climb was horrible, it was exciting for me because of congenial company of friends, poking fun at one another. Every one of us had an opinion about everything under the sky, irrespective of the knowledge on the same. There was a bank inside the college, but of no utility to me, because me or my mother was not having any bank account at that time. She was wholly reliant on Indian postal service. 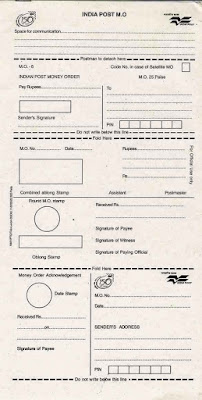 The  post office in our area was at least 5 K Ms. from the college with an expiration time of 5 PM every day. I used to stay far flung from college and not in the hostel to save money.
The postman was an old person in his fifties. His face was pleasant but dark, showcasing that he was working like a Trojan in his life. He wore a uniform, which lost its shimmer and started showing a different type of colour due to excess usage. He was unshaved with not so smooth walking action, due to some ailment on his legs. The money order arrived at the end of every month, with my eyes pinned outside my lecture room craving for the sight of postman. Month end was a period of sufferings and adjustments. The post man was never late or absent from work and my money order was never delayed. He used to give me money in multiples of  Rs.10 for the amount I received, which was a blessing for me, since it was difficult to get change from outside. I initially thought that, he was helping me out, but my friends told me that he is anticipating something and you have to pay some amount out of your money order amount. They told me to keep him happy, otherwise I have to travel all the way to the post office to collect money order. Moreover climbing the hillock was not an easy task, that too, by walk. He delivered the money order right to my class room. I was not happy, but paid him every time and always cursed him in my mind. The money send was too less to full fill my requirements and I was paying a part of that to this person also. Whenever I gave his incentive, he smiled at me, but I never smiled. His black colour small bag, which was torn in many places, was always wet because of his perspiration. There was some strange smell coming out of his bag every time and it appeared to be a Pandora box with so many items concealed inside. 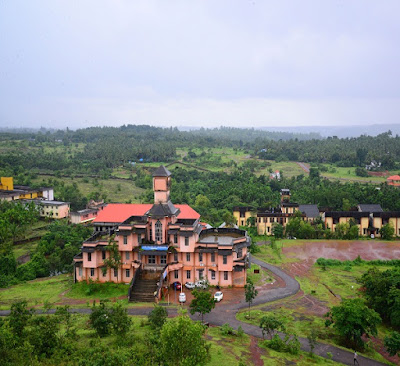 One day, I was in the library drafting my project report and failed to hit the class. I  completely forgot  about the money order because of the project work. I remembered with a chill that, I had missed the money order and  there was no way but to go to the post office. I was not even owned the bus fare to reach there. I ran towards the lecture hall from the library in dejection, but for my surprise the post man was standing with a smile, at the entrance of the library. I felt relieved and liked his grin for the first time in my life. He told me that he ferreted around for me in the lecture hall and I was unavailable. He said " I thought you will be in dire need of this money and enquired about you with your friends. They told me that you are in the library. You have to be careful next time". I gave him some extra amount, above the usual incentive. But he took only the usual amount. I was surprised and felt bad for cursing him all these times. I smiled at him for the first time and thanked him. 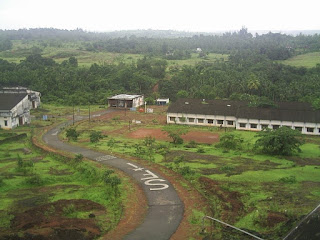 Four years drifted by and, I was in the last month of my course. I got a call to our college phone from the same postman. He said"You have to collect the money order directly from the post office this time. The new postman refused to deliver to the college".He told me that he took Voluntary retirement and leaving this place forever. He also said " I felt  like informing you because,you may be in trouble with out money". I thanked him and hung the phone. I went to post office for the first time in my life. I have collected the money order from the office and  pulled out the incentive to give it to the officer because of my earlier practice. He refused this by saying that  this wont be necessary and be restrained from any act like this in the future. He gave me a lecture, about the negative impact of bribery. I asked him " Where is that old postman ?". He quipped "He took VRS and left. His last working day was yesterday. He came today in the morning and made couple of calls and left". I came to know that he had a daughter and he slogged very hard for her marriage all through his life. His daughter's marriage occurred one month before. The postman salary was not great  those times. I understood the reason behind his torn bag, rugged face and discoloured uniform. He climbed that hillock with his leg ailment for a cause. I felt very bad for the first time and tried to get his phone number, but in vein.

Morality and situations wont go hand in hand. Life situations force human beings to do so many acts which our morality wont permit. The postman was not having any other option apart from his salary, which may not have allowed him to full fill his daughter's marriage requirements. He might be a tender hearted person, but situation forced him to do so. Life will put all of us in stranger situations, where the principles go in shambles and the morality suffers. We have to really weigh all our options before surrendering morality. The postman weighed his options and chose to surrender morality, so that his daughter can live happily, obviously with morality. So judge a person based on his situations, before declaring him as an 'out cast'.

I am feeling good now, since part of my money has been contributed for a good cause, even during my miseries. This incident has upheld my respect towards one more person, my mother. She never surrendered her morality, but confronted all life situations choosing her available options, only for one cause, that is me. This allowed me to live a moral life, weighing my available options against the life situations. My mother gave me the foundation, for a moral life, in the same way as the postman paved the way for his daughter.
Who knows, with out her, I should have relinquished my morality for situations long ago?????