Childhood-Golden era of every ones life ,which comes to us with out our knowledge and sway away from us with out our permission. The stage of life which gifts us sweet blemishes with out inviting the ire of society and will remain as the monument of happiness loaded with memories. I think childhood is unique for an individual which will be treasured  till their last breath. Curbing and suppressing any child's childhood with, never ending modern era demands can be the biggest crime a parent can induce to an innocent kid.
I am sharing my experiences during my child hood days with all of you and I am sure that you will also have many unique  things to share about your childhood which can be shared in this platform. My parents are teachers with an impeccable academic record and they allowed me to take decisions myself from the very earlier stage thereby generating lot of self confidence in me. My mom, was my real motivator who acted as a cliff against all my problems and showed me the way to pave road through difficulties. On other hand, Dad worked relentlessly against social discrimination and religious biases thereby dedicated a monster sum of time for society and minuscule time with us. But Mom stood like a rock for the family and contributed to my growth almost single-handedly. We were going through a rough patch during my child hood days financially, but I am still surprised about my Mom's management skills to get me good education and life. She never lived for herself but only for me and my happiness. She has come for all my school functions and meetings and used to wear a low quality scandal (Paragon rubber scandals) for years together but never delayed my fees!! Ornaments and new clothes were allergic to my mom, but always bought me new clothes and footwear. 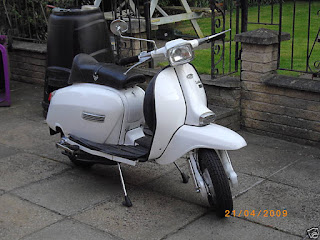 Dad owned a 1982 model VIJAY SUPER Scooter at that time which was the BMW of our family. The front view of the scooter reminded me of a demon with  a tongue projected out of his mouth. This scooter was actually a demon with a starting problem and many issues unknown to the company itself. We used to go for outing in this scooter whenever Dad was free. The maximum problem-free distance for this vehicle was 20 km and the remaining distance used to test our will Power and patience. Dad was our gladiator for successful outings and I still remember his winning smile after all the tiring and horrendous outings. Kerala road resembled a ploughed farm land during those days and the scooter's side flap used to flung to some distance whenever we hit a road gutter. There were no safety for bystanders, who were in the path of this demon. But this demon helped me to explore my state with so many places, were we stayed overnight because of scooter repair. But, Ah!!that was one nostalgic memory with this so called "VIJAY SUPER" scooter. 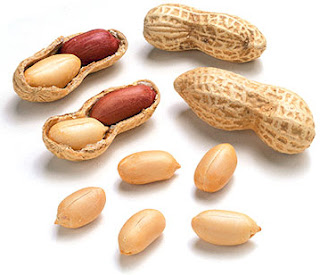 Fried ground nuts are my favorite choice, anytime, anywhere!!The rupee value was more those days and it always affected middle class as usual. Mom has to travel at least 3 KMs from Pandalam Junction to my home and an auto rickshaw is a must, since there were no buses plying near to my home from there. She preferred to walk with sun squeezing out her energy in no time so that she can save the money for buying ground nuts for me. As soon as I was back from school, fried ground nuts were ready for my happiness, but  unware of the sacrifice of my mother. This was routine and ground nuts bring tears to my eyes now also ,but reminds of mother's unconditional love.. 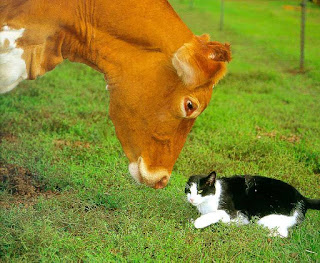 I studied in NSS English medium school till 7th standard. Our lunch break was 1hr  during that time, me and my friends used to Chit chat. One day I have read the story of a cat, who was a cop in some kid's magazine. The story was short and showcased the ability of this cat to solve cases at real quick time. I started narrating the same story to my friends in which, Jyothi Karnavar and Prasanth were the main listeners along with others. The story was completed in the magazine and everyday I used to narrate different stories about this Cat police as per my whims and fancies. I got a considerable amount of listeners in a short period of time. I wanted to finish this Cop cat story because of scarcity of  stories. I told everyone that this Cop cat is dead during his investigation, to finish this story telling. But my friends were disappointed on his death and told me " Just think again, probably he is not dead ". The next day everyone assembled with me during lunch hour and I have told them that " The bullet from the shot gun of cow (He was the villain) hit Cop cat associate, a rat and not him. He survived and undergoing treatment in hospital. He will recover in one week's time ". I got relieved for one week by my friends,by that time I found out new story threads and continued with my story narration. During my school days, I killed this Cat many times, but on request of my friends he always came back to life, like James Bond to continue his adventurous spy journey. This story started at Class 2 and ended by Class 5 . My friend Prasanth was with us on during Class 2 ( shifted to a new school),but missed me till now only because of this story as per his testimonial recently, after 25 years!! The cow was the villain in almost all these stories because of her built and appearance like earlier villains in our movies. I laugh to the core whenever there is a face off with Cat and cow till now!!!


I finished my high school at St.Pauls H S,Nariyapuram and this time was blessed with so many friends and fun. Me and my friends planned for a drama act during our school anniversary. My friends were Mathews, Unniraja, Nihas pasha for the same but we were never prepared with a story, since all of us were busy playing cricket during drama practice hours. I was the director and Mathews, scriptwriter. I finally decided to use a story which narrates about a family. The family consists of a father and 3 children out of which 2 children were inclined towards cricket and Drama,whereas the younger one was mentally retarded. Every one in the family wanted the death of 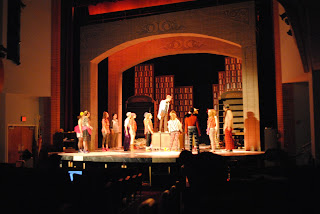 younger one for larger chunk of family property. The father won a lottery and all the family members came together to get a share of the same. They served poison to father but accidentally consumed by the mentally retarded younger one leading to his death. Father's lottery story was false and his propaganda was to unite the family, which misfired. Mathews was the elder son (drama affinity),me the second( cricket affinity) and Nihas the mentally retarded younger one. Almost every dialogues were anticipated since we were under prepared. Nihas got the best actor award and the drama bagged second price for our surprise!! I have learned that if you enjoy as a team while working the results will be amazing!!!

The district level drama competition was screwed up royally and it was very funny. Our drama was about King Ashoka and Kalinga war. I will explain you the scene which turned as a disaster to us.The first scene displayed the wrath of King Ashoka on Kalinga. But after seeing the war destruction in Kalinga, he sat near a dead body and started crying thinking about his misdeeds. The next scene was the King's palace where he was supposed to express his anguish over the war. We waited for a long time with make up for our turn earlier and when our drama started, we were understandably tired. As I told you above, the King started crying near to the dead body and the scene ended. But because of tirelessness, the person who acted as dead body slept off in the floor unaware of the scene!!!! We were not having any idea about this!! Once the curtain was down the stage was dark and we arranged the palace for next scene, in darkness. There comes the twist!! As soon as the curtain raised the audience had seen the palace with the king on his throne and the earlier dead body still on the center with a white cloth covering from toe to head. The dead body got up suddenly because of the light and ran away along with the cloth covered in his body from the scene. The expressions on the faces of King Ashoka and his experts(including me) were epic!! It was followed with a laugh riot from the audience and the drama was doomed !!! 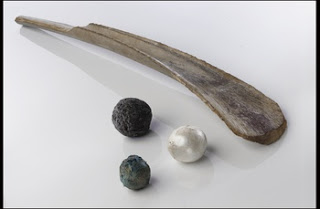 Cricket was our passion those days and used to be die hard fans of Sachin Tendulkar. There was a vacant farm land near to my home which we considered as our "Lord's cricket ground". Our cricket bat were made of coconut palm leaf. Rubber balls were extensively used with hardly 8 overs/team to play and more than 30 people to accommodate. Some times balls flied  in to near by houses, vegetable gardens, tapioca plantations etc damaging their windows, roof tiles and crops. Balls gone in to houses never came back. The balls gone to plantations had to be sneaked back and this was similar to an army operation!! Kudos to many of my friends who were instrumental to get the ball back risking their lives!!!! This sneak 'ball' operations had seen the death of many vegetables and plantations, with the ire of the owners extending to our families. Complaints from different people used to pile up by end of every day. These type of activities held me with my friends for a long time and our friend ship prospered to its depth.

I will share many of my other child hood blemishes with you in my next blog..

Mr. Leemon Ravi has started his career as a Quality engineer in Siemens after the successful completion of B.E - Mechanical (Gold Medalist) from LBS college of Engineering. He has worked with Ockwen Financial solutions as a Cadd engineer and ICICI bank as a financial officer for a considerable period of time. His association with HDFC bank as a Territory manager has helped him to excel his career as an entrepreneur. As one of the director in PEOPLE GROUP, he successfully associated with many housing projects in and around Bangalore.
With a vast experience of more than 17 years in financial, engineering and housing segments his vision is to revolutionize the GOLDEN ERA ROYAL GROUP(GERG) by infusing and nurturing young and creative minds backed by pioneers in the respective areas.
GOLDEN ERA ROYAL GROUP has started its operations at Bangalore on August 16th 2011 with its construction and development company called GOLDEN ERA PROPERTY PRIVATE LIMITED. Currently GERG is spread in Property development, software development, consumer durable, construction, entertainment, recruitment, Energy and financial wings.